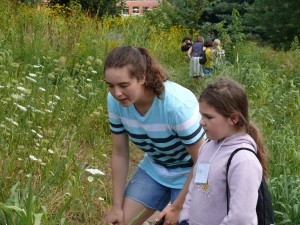 I’m a fairly stubborn person. When someone tells me I should like something, it tends to make me more resistant to liking it. It isn’t until much later, sometimes years later, when I’m working hands-on with that same subject and coming up with all my own ideas about it that I think “hey, they were right!”

This has been my experience with education in general, but more specifically with science. Science was presented to me early in school as a subject that I should like. I got to formulate all my own questions and do my own experiments. The only trouble was that the questions and experiments we worked with in school were all given to us. There was no room to really think about anything, it was all just following directions and recording observations. 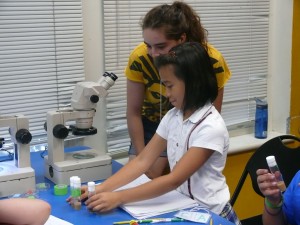 When I heard about the Girls in Science Camp I was thrilled because to me it represented a space outside of the often overwhelming school-in-session environment where girls could really delve into issues and ask their own questions. That kind of opportunity is something I could really have used as a kid, and I was excited to have a chance to help other girls develop an appreciation for science.